If you live in Rancho Cucamonga, you can’t afford to skip Phos-Chek 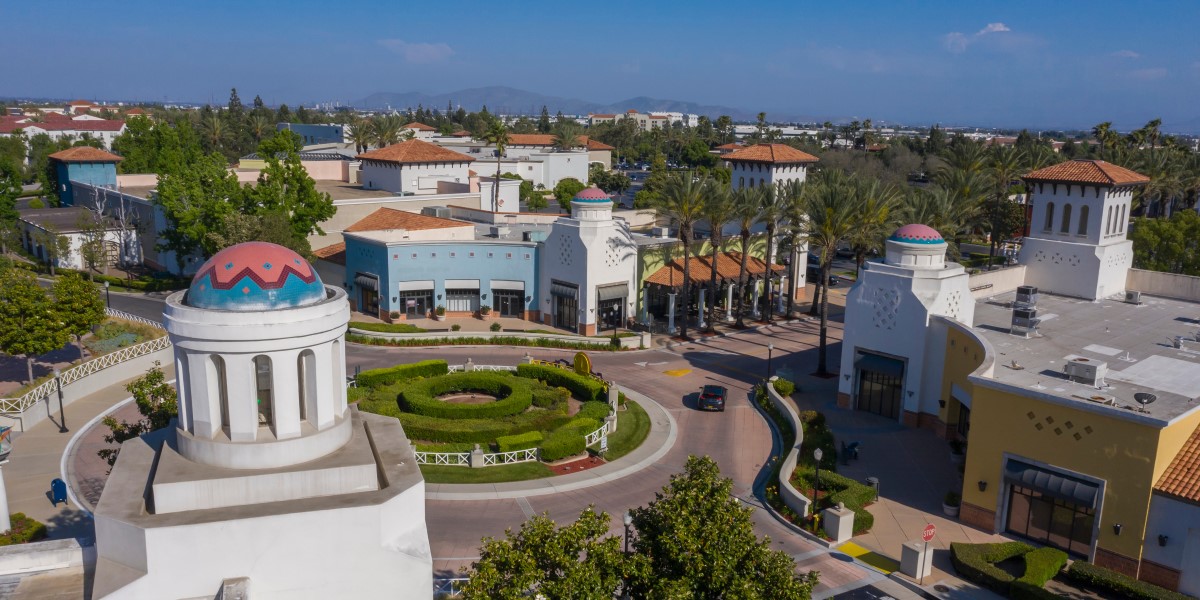 We’ve teamed up with Phos-Chek to give you the best home fire retardant application available. It’s colorless, odorless, long-lasting…and it’s identical to the effective formula you’ve seen dropped from the sky during virtually every wildfire in the US.

Phos-Chek Wildfire Home Defense is the exact same firefighting application used by the USDA Forest Service, and it comes with a laundry list of benefits:

But how long does Phos-Chek last? How do you use Phos-Chek? What exactly is Phos-Chek, anyway? Today we’ll walk you through the details of what we believe to be the #1 option for protecting your home from wildfires in Rancho Cucamonga.

By making potential fuel less combustible, Phos-Chek for home Rancho Cucamonga can slow wildfires significantly, stopping them from reaching untreated materials and spreading throughout your property.

There are loads of benefits of using Rancho Cucamonga for home Phos-Chek with FireClear:

How do you use Phos-Chek in Rancho Cucamonga?

Our home wildfire defense experts apply Phos-Chek around your outbuildings and home, including any areas that may be potential fuel sources for a fire.

One painless application is all you need to safeguard your home for an entire wildfire season.

Phos-Chek poses minimal risk to animals, with the US Forest Service claiming the fire retardant presents no risk at all from accidental home exposure.

In the rare event that an animal suffered adverse effects from fire retardant exposure, it’s usually after being doused by a firefighting plane—which uses far, far more Phos-Chek than your home will ever be exposed to.

Verdict? When applied by a professional, Phos-Chek for your home is safe for you, your pets, and your family.

You might be used to seeing the red fire retardant dumped from firefighting planes. This is also Phos-Chek, and the substance used to protect your home is virtually the same—except Phos-Chek for homes is totally odorless and colorless.

Once we’re finished applying Phos-Chek, your home is protected immediately. Your typical application will last throughout the fire season until being washed away by rain. Yes, just one application is all you need.

We love Phos-Chek, and we believe it’s your best option for home fire defense in Rancho Cucamonga. Here’s why.

Phos-Chek is California-approved for home fire protection. It’s totally non-toxic for wildlife, pets and humans. Phos-Chek is also completely safe for your yard, your plants, and your home. We use Phos-Chek on our own homes—and it’s virtually identical to what professional firefighters use, too.

Although Phos-Chek is virtually the same as what professionals use, there’s one major difference—FireClear’s fire retardant is totally colorless, and contains no bright dyes. It’s also odorless, meaning you won’t know Phos-Chek is there at all.

It really couldn’t be easier to get peace of mind from the next big wildfire. All you need is one simple application, and you can sleep a little easier at night knowing your home is protected throughout the entire fire season. We can even apply Phos-Chek while you’re at work!

When should you apply Phos-Chek?

Applying Phos-Chek before your local plants have stopped growing for the year may necessitate additional applications to ensure 100% coverage.

Some of the main components of Phos-Chek are chemicals such as diammonium phosphate, ammonium polyphosphate, and others.

Without going into a long-winded explanation, these chemicals bind to the surface of combustible, cellulose-based fuels (wood, grass, cotton) and alter their molecular structure, making them resistant to combustion.

What else can you do to protect your home from wildfires in Rancho Cucamonga?

Phos-Chek is powerful, but it works best when combined with other fire safety measures. In addition to spraying Phos-Chek, we highly recommend that families:

Can Phos-Chek be used on my house, fences, or deck?

Phos-Chek is at its best when applied to dry vegetation, but it can also be used on unpainted, raw wood—like fences, siding, and decks.

Phos-Chek can stain other surfaces—especially paint—and should only be used to treat such areas if your home is in an extremely fire-prone area.

Rancho Cucamonga Phos-Chek naturally washes off in the rain, but any heavy application of water will work. If you’ve accidentally spilled or sprayed Phos-Chek somewhere on your property, all you need to do is douse the area with a hose.

You get thorough home and property assessment by our team of pros (with more than 40 years of experience).

You get our recommendations for fireproofing your home, including easy-to-miss details (that could save your property in a fire).

You pick a time, we protect your home with one quick, painless application. Just one day is all it takes for season-long protection.

What’s the best way to use Phos-Chek in Rancho Cucamonga?

Phos-Chek works wonders when it comes to wildfire protection—but only when used properly. Failing to spray all of the vulnerable areas of your property could leave your home exposed during California’s next big wildfire.

FireClear is the #1 home fire defense team in Rancho Cucamonga, and we’re here to protect you and your home with Phos-Chek.

With one quick application, our team will help you sleep better at night. Why risk it all with second-best? Contact us now for a property assessment (100% free), and let’s get started right now. 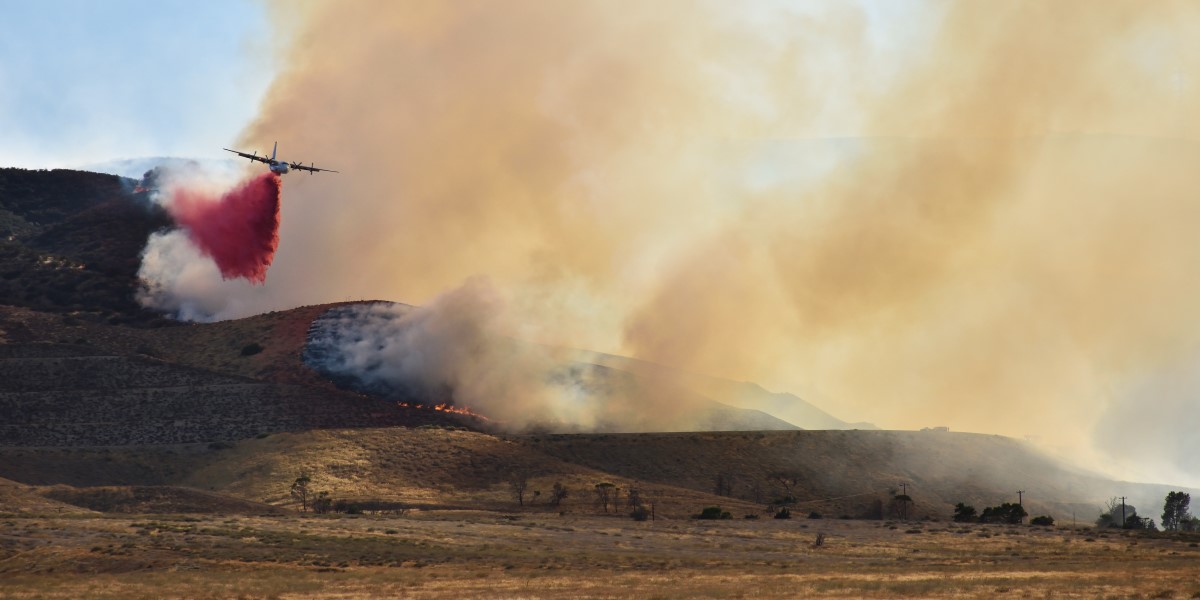 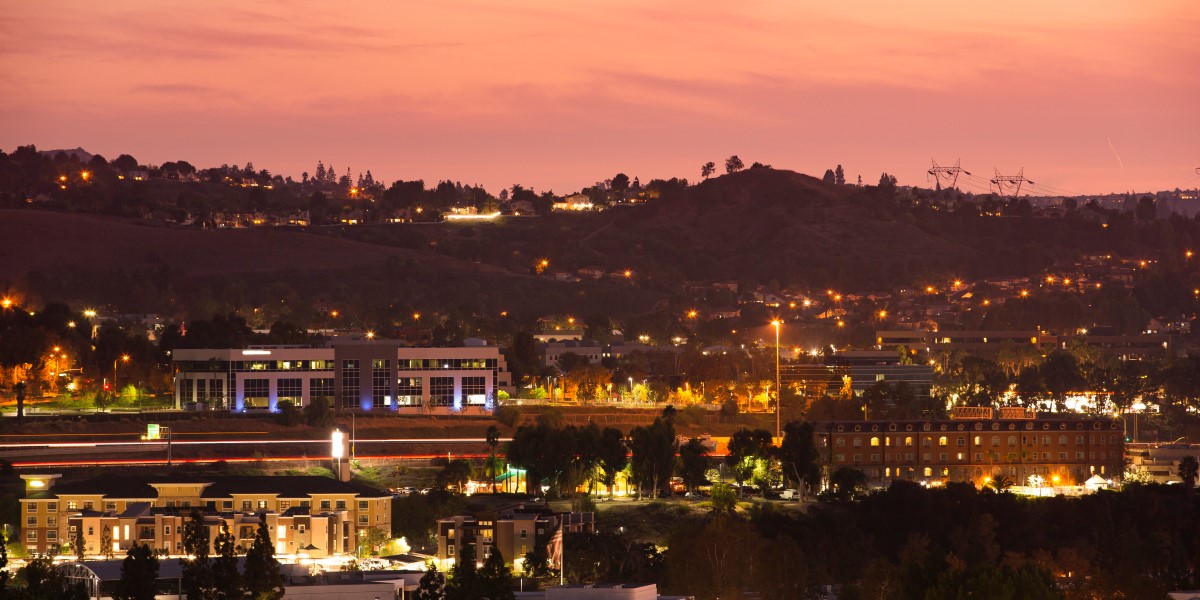