Now, you can take advantage of Phos-Chek Wildfire Home Defense (the exact same formula used by the USDA Forest Service).

Phos-Chek is environmentally friendly and safe for both pets and people. One application can help protect your property and home for an entire fire season, including outbuildings and other at-risk areas.

Phos-Chek is a long-term formula that helps reduce the combustibility of potential fuel sources for a wildfire. On a molecular level, Phos-Chek alters the composition of materials such as wood and grass so that it is no longer an effective fuel source for fires.

Phos-Chek has been used by the US Forest Service for more than 50 years. With a single, quick application, Phos-Chek will remain effective until it is washed away by rain—that means your home will be more protected for an entire fire season.

Protect Your Home with Phos-Chek Today

Recent wildfire seasons have been some of the worst of all time. Don’t leave fire protection up to chance—contact us today for a FREE property assessment, and let us help safeguard your family from the unpredictable destruction of California’s next wildfire. 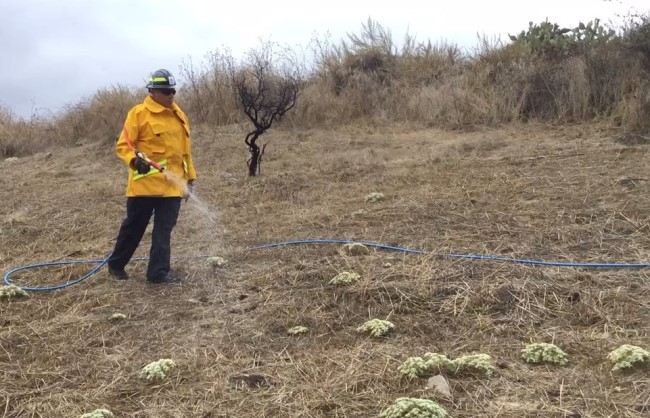 With all of California worried about “wildfires near me” right now, fire protection is first on everyone’s minds....